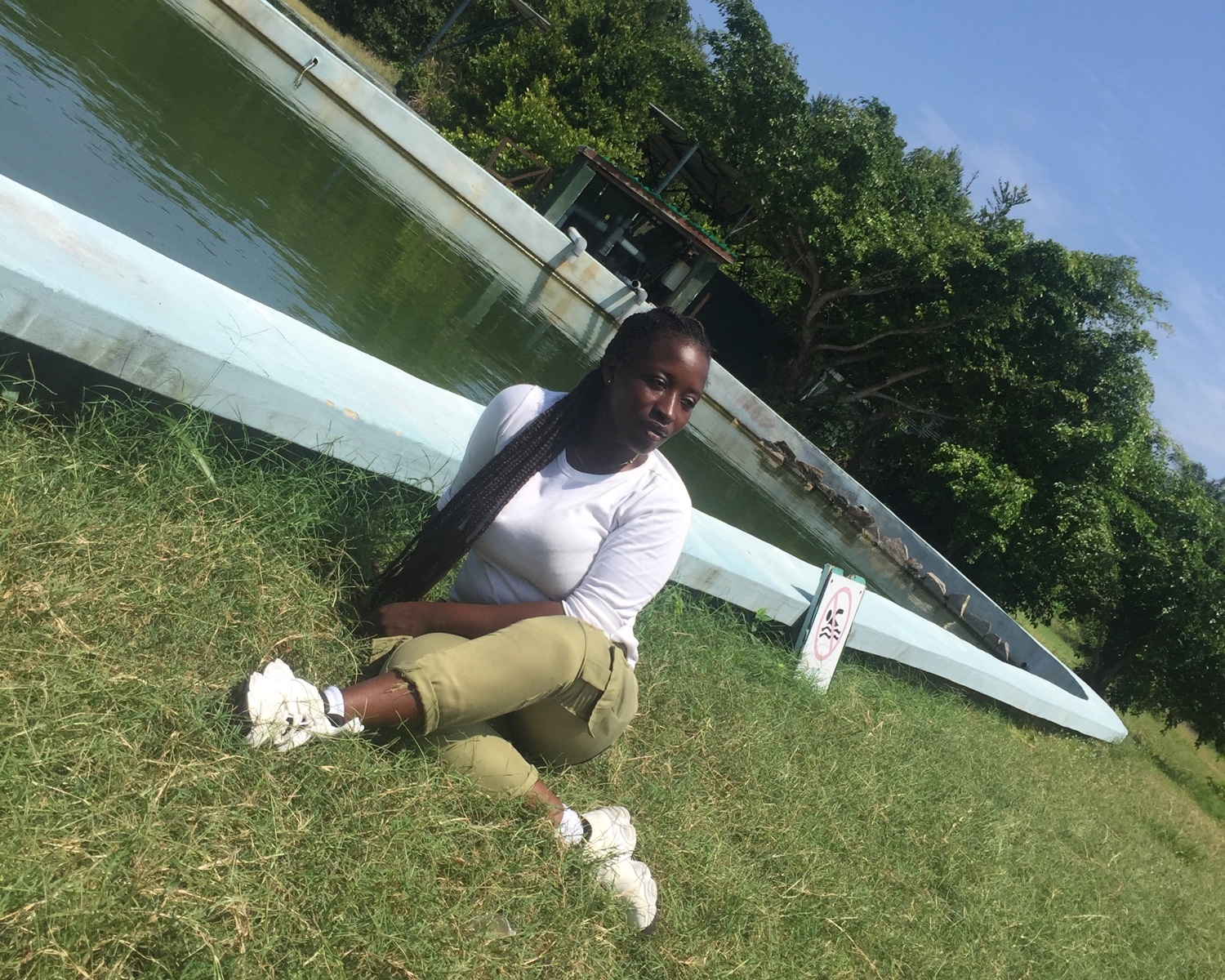 It’s a new year, a new beginning, a new slate where we can begin anew and make a new story..

In the previous year, series of events went by, sharpening my mind, detoxifying and softening my heart.

From graduating from the university to getting a short time job at my university’s ICT center.

And as days flew into weeks, weeks into months, I started work on my blog fully; garnering views, followers, likes and dislikes. As I read, I write. I have come to really believe a good reader becomes a better writer; sometimes a great one. From Danielle Steel’s “Kaleidoscope”, Nicholas Spark’s “A Bend in the Road” and his other works to the great mastermind Sidney Sheldon. As I took myself down the road to Sheldon’s works, I became a part of his literary journey and world. He creates characters one can relate to with all of their faults, flaws, passions, fears, strength, and their good moments. I got connected strongly that I started caring and being so uptight about his characters. So on a daily basis these literary characters and I interact; we shared emotions of laughter, tears and would sometimes mope at each other in our predicaments. They would give anything to bring me and I them. Often times I wish I could release myself, lay myself down so a writer could bare my mind, thoughts, actions and my whole life. And perhaps maybe soon I will.

I wonder how they were before being brought back to life on yellowing dog eared, crispy and neat pages of books.

Then my love for artworks rekindled and I  reviewed some carefully selected art pieces which was and is still the most tasking writing I have ever done.

Couple of weeks after I dived right into Sidney Sheldon books again. Powerful, sexy, ambitious, and gorgeous characters didn’t allow me think straight, never allowed me daydream but only on them. I gave myself sleeplessness nights, went through the days eating once because I had books to finish… and I enjoyed every bit of it.

Then the clarion call came and I had to answer since it is all I have  been anticipating. This call to some is worth calling a few friends over for celebration. But the anxiety of waiting for a year had numb my emotions. Simply I informed my family and a couple of friends, and that was all. I am not still sure the wait is worth it though.

Traveling to the camp was rough and uneventful. Everyone in the vehicle held their tongues as though they were at a gunpoint or hostages yet those once expressionless and clueless faces were the ones I saw daily in camp till we left.
We had left the first park amidst all the commotion the shouting and arguments of the taxi drivers, the hooting of the cars, the women and youngsters thrusting buckets and bowls into our hands and as we buy, the passers by looked on with envy.
The road to the camp was just beyond sprawl and bustle of the park. We faced the North following the lead of the other cabs that had moved earlier.
The ride went on unending as I had never travelled that long before.

In my call up letter was the location of the camp which seemed so nearby within the city. But five hours from the city had brought home the lesson that arriving the city and believing the destination is a thirty minutes drive was one thing and the location of the camp was another.
From a cold freezing morning when the journey started to a scorching afternoon with a sultry atmosphere… It was a hot afternoon as the sun had risen in a pool of crimson and gold that morning, spilling light over the land and white clouds.

To the east the land is lower, flattened around a

rolling plain as far as one could see. The lands

roofs appeared as we journeyed on.

To me there was just something unsettling about the young driver who smiled darkly occasionally, mouth curled like sour milk. We got to a certain part of the road and he stopped the car abruptly, claiming the

herdsmen a mile away might be out there to rob us. While the herdsmen and their cows made their

away across the road, I kept wondering aloud how much more we have to put up with our clammy

After four to five hours we arrived at the camp, a

rocky, sandy, and sloppy in different areas. I

wondered how I will survive the twenty one days

As others arrive in twos and three the indigenes

started trooping out too.  Amidst the natives was a

boy who had a twisted shoulder and a guttery smell, his hair matted with dirt and harbors lice, I imagined, seemed greasy. His clothing old, patched and

never been washed. Seeing him at first I thought he was mentally derailed and dumb, later I found out

he could pass for a normal person except for his appearance. Then I pitied him. Each time I saw him,

my eyes glistened with unshed tears.

Our registration went smoothly as we were among

Just getting a good bunk, a good bed, and a good

corner topped our priority lists which we eventually did; my bunk leaned against the wall at the left side of the cubicle. I couldn’t just wait for familiarization with the other girls; I needed rest. I hurriedly opened my backpack and brought out my beddings, laid my bed and tidied up my corner. It dawned on me while unpacking that I had left the medications I was supposed to bring along at home. So now I had to deal with the three weeks without falling ill.

The other roommates had curious looks on their

faces. Some snickered, while others smirked at me. I never bothered with that because the journey had all my strength sapped. I laid myself down and was asleep in few minutes. Wondering how I could sleep with the sweat and the grimy feeling? I had used

wipes to clean my face, neck and arms just so I

could get a moment sleep before the horn is blown. After thirty minutes I got up, my roommates and the occupants of the cubicle opposite us were

The next day came with the wake up call at 4:00am; the morning devotion, lectures and parade followed suit. I amongst others was already complaining but no one listened to us. It’s a military ground, we

As the first week gradually progressed, the routine

of waking as early as three in the morning to

freshen up became a habit but still the drills and the parades were thorns in my flesh, I cannot but hate

them, so my friend and I found our escape in the

patterns, mornings for devotion and parade,

afternoons for lectures and the evenings for parade.

The camp is situated close to the northern part of

the country so we had the hot amber glowing sun

rising as early as some minutes past 6:00 am. We

had quite a number of strange insects to battle with at night, some of whose stings, bite and fluids

corrode the skin, resulting in wounds which heals

after few days and leave scars on their victims.

Leaving home for camp, I was already told not to

eat any meal served, so the “Mami” market was the way out. Although I later learnt that those who sell

food in Mami are not so hygienic too.

The girls in the room seemed friendly at first until some days after that each of us started the unclading and bringing our real selves to light. In my cubicle

we’ve got it all: the nosy and lousy, the dominant,

the sub, the all shining from up to down who gets

followed by the inferior, the snob, the quiet, the

silent, and the onlooker. The nosy and lousy is a

can imagine while her jokes and her version of

stories of the activities around camp lifts our spirits

The dominant and sub are married, bunk mates,

and in the same platoon I guess. The dominant is a big woman;she is married and has a son, with a

Dressed in the khaki uniform, she looked like a cooked sausage about to burst its skin. She could have passed for an ugly person but for the fairest complexion she has. She’s always vulgar, and bossy…

snores like a train too. Except that when she made

the room. The sub is an ominously quiet woman

with slouched shoulder and darkened eyes that

showed pain. One could notice she always wants to be left alone but can’t seem to get the dominant off her. Sometimes she looks like she has seen

enemies in every shadow.

The quiet and silent: my camp twin and I. We made a great pair. Going through the activities in camp

without stressing and not saying much. That was

really a good way to go in a strange, crowded place for me, I think.

The snob, dark and plump, will never go out without giving her face a heavy and colorful beat, with long stiff artificial lashes she bats her eyes almost every second. When being greeted she murmurs her

replies and wouldn’t talk to anyone apart from her

bunk mate. I often wonder how fast they bonded.

Everyday I longed for a serene spot just beyond the noise of the camp but there was none except for the forbidden river (we were told strangers get drowned if they get close) far ahead of us deep into the bush. Standing on a stump near the football field, I rather look up North and watch with excited eyes as the

rippling river changes from crystal to being black as onyx. Sometimes it seems like a mirage, or a

Night comes, the stars, the earth and the velvet

night seems inviting but my subconscious snickers at me and I hurriedly walk back to the hostel craving the warmth of my bed. And when I’m on the bed

staring into the darkness I want to be out under the starry night and watch the stars. And soon enough I found myself out one particular night with a friend

doing what I had imagined a long time…stargazing

and listening to his poems of long lines and

10 Replies to “My Adventure Through “Time””