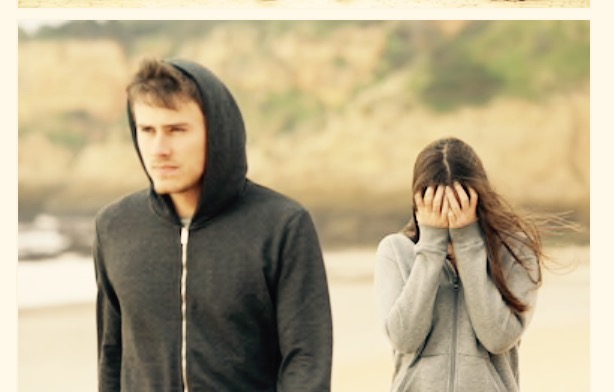 Breaking up with someone is certainly one of the most difficult things to carry out. It is an intent to separate two hearts that used to beat for each other, to stop the flutterings in the chests, the butterflies-in-the-stomachs and the flushing of cheeks. Breakups get us teary, flush our emotions, drain our energy and break our hearts. It is not an easy thing to tell the other person that you no longer feel the way you used to feel for them, that you no longer want them in your space, that you feel it is better to let them go. However no matter how much difficult we feel breaking up is, the other person you are about to leave devastated would appreciate some honesty no matter how much hurt it will add to the present one. He or she at least deserves that little or much. I was going through the internet, just surfing and I came across an article that made a list of the eight popular clichés commonly used by people when they want to break up with their partner. My last relationship ended unappealing about two months ago. It’s quite “interesting” how almost all these clichés has been used on me by just one guy, just one. I don’t know who deserves the accolades but then in my mind I was like “damn, this guy’s really “cool” because it’s either he did his research on breaking up or he’s a natural but seriously, breakups ain’t cool.

1. You deserve better
This line is quite slick but then it’s also very sick. It makes the guy seems sorta cool to you. A guy will say this to make you feel he is really a bad match for you. It is a very weird compliment… “You’re too good for me”. I mean if I am that good, then why won’t you want me?. To crown it he’ll add the line “Whoever ends up with you is so lucky” …spits water…
Okay?! Seriously? A coward heartbreaker like you wouldn’t deserve someone like me really. But could you just stop trying to make me feel good after doing a very bad thing. Considering me and my love for words though I’ll just throw in a lil bit of sarcasm; “guess you’re immune to good luck right?”.

2. I need a little space, I think we should take a break
Wow!!!
This will come from a confused guy who doesn’t know if he should walk away or stay. How long? Why? Getting back together? It usually leaves you with these questions and if voiced out he has no answer to them. It’s quite confusing and crazy. He is not bold enough to ask for a break up because he probably wants to go out there and explore, he also wants to keep his options open in case he’s not fortunate enough out there. Since you never broke up it kinda makes it easy to get back together, so girl you’re like a backup.

3. …silence…
This is the most awkward, lamest and dumbest attitude ever. Only cowards and immature guys do this…ignoring. It really messes up the other partner because you can’t help but feel the guilt that you did something wrong and worse off it’s killing that you don’t know what. That’s just weak. He can’t even make up an excuse even if it’s a flimsy one. You ignore me, I’ll confront you and make the breakup easier.

4. I’m just not ready for relationship now
This is usually from guys who are scared of commitment…Aquarius guys… because he doesn’t like you enough to make you part of his future plans. He’ll string you along, enjoy the moment but when it comes to commitment he’ll back out. It’s called being mean, selfish and hypocritical.

5. I like you too much
Somebody help!!!! Hollywood is to blame though, they sold us that line for a good while… guess what? this isn’t Hollywood so quit the act. You like me too much that you would prefer to leave me, toss me to solitude, and have me devastated, depressed, and sad. It doesn’t make sense. I mean who are you kidding? If you like me that much then we stick together. Truth is it’s not a crime to admit the truth that the only one you’ve ever loved is yourself. I get that!

6. I need to retrace my steps
Wow?! Incredible!! Have I been bad luck or something?? Or the times you have spent with me have been fruitless? Or you simply wants to go with someone else…who you think is better… I mean between you and me darling, you are clearly a waste of my precious time.

7. It’s not you, it’s me                          I would call any guy who use this line “smart”. He’s trying not to make you feel guilty and worried in a clever way. It’s the closest to being thoughtful and kinda makes him sound caring and responsible. It’s either he has a conscience or he wants you to let him go so peacefully.